Let’s Talk About Health: Part One

Health is the most important asset of any human being. It the most crucial determinant of the quality of a person’s life. Often, when a person is not ill or sick, we tend to say that person is in good but is this really true? Is overall health merely a physical issue?

Our bodies are built to naturally wage war against bacteria and disease-causing pathogens. For example, our white blood cells are designed to kill off foreign bodies in our bloodstream. However, these internal ‘soldiers’ can become subdued by these organisms, leading to a decline in the level of our health. When that happens, the doctors say we are not healthy, or sick.

Whether it’s a patient at the hospital who is terribly sick with cancer, to a diabetic or someone facing something as simple as a migraine, every human being on the earth is currently functioning on some level of health. This leads us to an important question at this point in our discussion.

First, let’s see what state of life can qualify someone as a healthy person.

According to the World Health Organization (WHO), Health is a state of complete social, mental, and physical well-being, and not merely the absence of disease or infirmity. This tells you that being physically healthy isn’t the only factor we should be concerned about. Mental and Social health is equally important, as a human being cannot function without them.

For example, if you are an athlete, you certainly put a lot of exertion on your body daily, which will keep your cardiovascular system in top shape, but you may not be paying attention to your mental and social health which are just as important as keeping fit. It is critical for us to constantly examine ourselves to evaluate our basal state of health along these three areas.

Taking care of your health is a continuous activity that often involves a deliberate effort to make some improvements to your daily lifestyle, nutrition, and habits. A lot of people claim that they simply cannot find the time to engage in these activities. While that seems understandable, the truth remains that we need to take care of the body that enables us to carry out all activities in the first place.

There are lots of aspects of our health that can be discussed, but I will like to narrow it down into two broad areas that affect every human being on the planet:

From our first definition, a healthy person is one that is free from sickness or disease (Physical component), mentally and intellectually sound (Mental Component) and socially sound (Social component). Now, let us look at some important characteristics of these three components. Please, note that this list is not exhaustive.

Some important mental characteristics of a healthy person are:

Some characteristics of a socially healthy person:

Now, let’s look at these components in more detail. 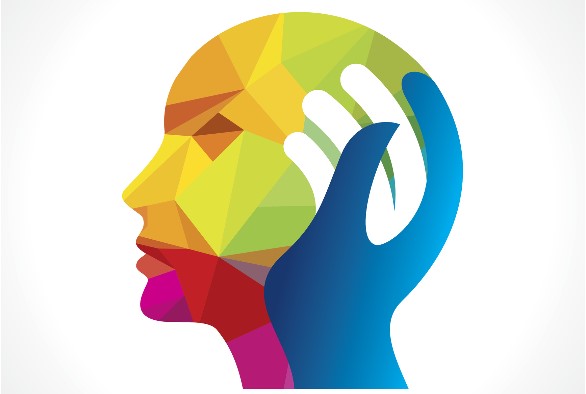 The dictionary definition of Mental Health is a state of psychological and emotional well-being. A mentally sound person is able to interact with other humans around them in a rational, meaningful manner, using reasonable and coherent speech, body language and other generally accepted modes of communication.

Mental health is a critical aspect of a person’s health, especially since it deals with human brain functions. The brain is the powerhouse of a person’s behavior and thoughts. Everything we think, say or do as human beings is a product of our brains. You may consider mental health to be a study of how your brain works, and how circumstances around us influence and shape our thoughts, perceptions, and behaviors.

Are you Mentally Healthy?

According to the MedicalNewsToday, Mental Health is all about our cognitive, emotional, and behavioral wellbeing which affects how we feel, think and behave. The term can also refer to the absence of a mental disorder.

Mental health can also affect our daily living, relationships and sometimes, even our physical health. It can determine how well a person can enjoy life, deal with negative or positive circumstances, and achieve a balance in the physical activities of daily life and attain psychological and emotional resilience.

A mentally healthy person is self-aware without a healthy level of dissociation from self (Ability to understand that the world does not revolve around them), has a sense of personal worth, is able to analyse and interpret situations and circumstances correctly, and has the ability to have lasting and meaningful relationships with people around them.

This brings us to a point in our discussion where we want to talk about the common mental disorders facing human beings today.

Mental health disorders also called Mental illnesses are behavioral or mental patterns that cause significant impairment to normal personal functioning. A mental disorder may be persistent or occasional. (Occurring as single episodes) What causes mental illnesses are not clear, but they may be caused by stress, traumatic experiences. (For example, loss of a loved one)

There are many types of mental disease. The most common types are:

This is a type of mental disorder when people experience persistent moods of depression which causes them to lose interest in activities, leading to significant impairment in daily activities.

A mental health illness characterized by feelings of anxiety, or worry which can be serious enough to affect their normal daily activities.

A person suffering from dementia has trouble recalling activities, although they might have happened recently. This is a serious mental issue that can affect the normal daily functioning of an individual.

A very common type of mental health disorder that causes people to have sharp mood swings throughout the day, ranging from strong feelings of excitement to melancholic lows.

This is a chronic mental health illness that causes people to have difficulty paying attention and also makes them hyperactive and impulsive.

A commonly occurring mental health disorder that interferes with a person’s ability to feel, think, and behave properly.

This is a serious mental health issue where people have excessive thoughts or obsessions on circumstances, things or people that causes them to develop a set of compulsive, repeated behaviors.

Obsessive-compulsive disorders are usually long-lasting and chronic and the persons having the disorders may have recurring thoughts that are uncontrollable and behaviors that they feel the strange need to do certain things repeatedly. People with OCD may have one of these or both.

Obsessions are recurring thoughts, mental images or urges that may lead to anxiety.        These are common symptoms of this disorder:

Compulsions are recurring behaviors that happen when a person with the disorder feels an urge to do something in response to some obsessive thought.

Common symptoms of compulsions include:

However, not all rituals or daily habits are compulsions. Everyone double-checks things to be sure sometimes. The difference is that a person with OCD:

People who have OCD might also have a Tic disorder. These are sudden, brief, recurring bodily movements, like rapid eye-blinking and other eye movements, uncontrolled facial grimacing, shoulder shrugs, and shoulder or head jerking. Some common traits are repetitive throat-clearing, grunting sounds, or sniffing.

Symptoms of OCD may come and go, and probably reduce over time, or get worse. Some people that have OCD may try to help their obsessive and compulsive behaviors by avoiding situations that usually trigger the obsessions, while others may resort to alcohol or drugs used to relieve themselves.

Treatment of Obsessive Compulsive Disorders is by using medication, psychotherapy, or a combination of both. Most patients are known to respond to medication, but some people might continue to experience the symptoms.

If you think you might have OCD, talk to your doctor, because this disorder can affect all areas of human life if left untreated.

This is a mental health disorder that occurs in the development phase of a child. Autism causes a person to be unable to express themselves properly and they usually have difficulty interacting with others.

According to AutismSpeaks.com, the most obvious signs emerge when the child is between 2 to 3 years of age, although some cases have of autistic children have been diagnosed as early as at 18 months of age. Parents have been advised to monitor the behaviors and interactions of their children early on, so they can take necessary actions to address any psychological issues in the developmental phase.

Here are a few stats about Autism or Autistic Spectrum Disorder:

This is a very common type of illness that affects people who have traumatic experiences. People suffering from this mental health illness may often have flashbacks on those negative experienced that they have witnessed. For example, when a person who witnessed the event of the loss of a loved one, has trouble recovering from the psychological trauma that the event created in their mind.

According to the National Institute of Mental health (NIMH), people can experience Post Traumatic Stress Disorders at any age. The only difference is in the manner in which they behave as a result of the traumatic stress event. For example, while some Adults may become withdrawn, reactive, and easy startled or experience loss of interest in their usual daily activities, Children may start recreating the negative experience during their playtime or develop destructive behaviors as a sort of ‘coping mechanism’ to deal with the trauma.

Come back for part two where we will discuss the components of physical health.

Jump Rope If You Want To Be A Better Athlete!

Gel Insoles – Purpose and When You Should Use Them