When you think of inspiring stories of athletes, who comes to mind? Our lives in and out of sports are made of moments. When these moments are over, all that’s left are the memories. Memories that become stories of inspirational athletes shared throughout time, captured in photographs, immortalized in words and videos. These stories and memories become part of the legacies we leave behind. Legacies that guide other athletes to follow a similar path or inspire them to trail blaze a new one.

At the age of eight, Glenn was in a fire that took the life of his older brother and ultimately severed the lower half of his body. Doctors told him he would never walk again, but Glenn was determined, stubborn, and courageous enough to prove them all wrong. The damage had been so severe that people thought he couldn’t survive it and might even need an amputation.

Years of hard work and dedication paid off. Glen eventually begins walking. He walked from home to school, but he didn’t stop there. Glenn started running, and this passion for running over time led him to join The University of Kansas track team. At KU, he won his first major race, and in February 1934, he made history. This young man, who doctors told he would never walk again, made history as he ran the world’s fastest mile. Two years later, at the 1936 Berlin Olympics, Glen would become an Olympic silver medalist in the 1,500m.

Inspiring stories of athletes, like Dr. Glenn Cunningham’s is an inspirational story not just of success but also of hope. Inspiring athletes to understand no matter the odds, once you’re determined and courageous enough to do something, you can achieve it, even if people believe otherwise.

Growing up in Hawaii, it’s no surprise that at the early age of seven, she loved the ocean. Bethany Hamilton loved competing, and people could already see how promising her career in surfing would be.

However, the tides seemed to take a dark turn in 2003 when she lost her left arm in an unfortunate shark attack. Amid adversity, Bethany’s soul wasn’t one to waver easily. After everything that had happened, she promised herself two things:

Sure enough, there were days of frustration dealing with her new normal, and there were days when hope didn’t seem to be there. Through it all, she never lost faith. This inner strength became an instrument to help her learn how to defeat fear and get back in the water.

This very dedication brought her back to the waves after only 26 days. Bethany Hamilton is one of the top 50 surfers worldwide, winning first prize in the NSSA National Championships, Explorer Women’s Division.

She dedicated her life to becoming a role model for young amputees. Bethany became an inspirational athlete for many girls and women going through what she went through with her Friends of Bethany Charity. This inspiring story became known worldwide in the 2011 film, Soul Surfer starring AnnaSophia Robb and Dennis Quaid.

When you think of inspiring stories of athletes in basketball, it would be impossible not to mention the legend himself, Michael Jordan. No matter the list, Michael Jordan is one of the best basketball players of all time. Not one person in this world, even those not in the world of basketball, wouldn’t recognize him or his name. That’s how much of a significant player he grew to be.

When asked about what motivated him to reach the success that he has now, he answered, “I didn’t see my name on the list.” Michael did not make his high school team because he was too short to play; back then, they’d tell him that he didn’t have enough skills to make it.

But that would not be a reason to make him quit. It only drove him to push himself more and get better. Finally, with grit and determination, he was able to turn it all around, and now, he stands as one of the players that led his team to 6 NBA Championships, led the USA to win 2 Olympic Gold Medals, 12 All-Star Championships, and many other accomplishments attached to his name and skills.

Michael Jordan is also widely known for the words that he left behind,

I’ve missed over 9000 shots in my career, I’ve lost almost 300 games. 26 times I’ve been trusted to take the game’s winning shot and missed. I’ve failed over & over & over again in my life. And that is why I succeed.”

Michael Jordan’s story now stands as one of the greatest failures to success stories of all time, inspiring young basketball players and people alike to not give up in the face of failure but to face it head-on and make it see that you are the success you make out to be.

The Rest is Still Unwritten

These are but three of the most inspiring stories of athletes of all time, and there are many more. Stories from people who didn’t let their socio-economic status or disabilities define their success, stories from people who believed they were enough and turned out to be one of the best. Most importantly, stories similar to yours – the ones left unwritten, the ones that you are still writing. So the pen is in your hands, young athlete.

What story will you tell the world? What moments and memories will you create? We can’t wait to see it. 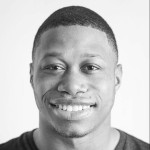 Running Physical Therapy and Everything You Need to Know

Supination of The Foot | Anatomy, Causes and Treatment